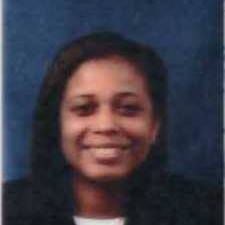 She received her J.D. from Rutgers University School of Law in 2004. At Rutgers, she participated in the Environmental Law and Tax Litigation Clinics. At twenty-five years old, she was admitted to practice law in the State of New Jersey, the State of New York and the United States District Court-New Jersey.

In 2007, Ms. Terry started her own law practice. Ms. Terry also decided to further her education and earned a LL.M. in Banking, Corporate & Finance Law from Fordham University Graduate School of Law in 2008.

Ms. Terry is an avid writer and has authored hundreds of trial and appellate briefs. On October 15, 2009, Ms. Terry was featured in the New Jersey Law Journal’s Article, “Memo to Prosecutors With Witnesses Overseas: Don’t Go to the Videotape,” after she successfully challenged the State’s use of a videotape deposition and her client’s conviction was reversed on appeal. Ms. Terry briefs have resulted in reversals of convictions in other matters in the New Jersey Superior Court-Appellate Division.

Ms. Terry has handled hundreds of matters in the Superior Court of New Jersey in the Criminal, Civil and Family Parts . She has received not-guilty verdicts, dismissals, suppressions of evidence, denials of terminations of parental rights and civil awards.